One of the recent films I indulged in was 500 Days of Summer- a formative movie in my adolescence which recently reappeared on Hulu. Back when 500 Days of Summer came out I was in the prime of my youth (9th grade) and this movie embodied all the teen angst I could somehow grasp but yet not fully understand. All I knew was the soundtrack and the aesthetic were bangin. As the years have passed I‘ve realized the genius of this movie are the stages and embodiments of relationships and the expectations shown within the dating world. It takes you through two different perspectives of love and relationships.

The ‘love’ story about these two fundamentally different people is set in the yesteryears of 2009 Los Angeles. The realism of the characters mixed with the style choices that fit the time of the independent and underground truly bring this film home. These two characters set in motion trends we would see for years. Their characters wore clothing that was safe, business casual, folky, but with a ton of personality - things that felt specific to Los Angeles in that time era 09. So let’s begin our style analysis with Summer and take a look at some pieces she would wear. All these items can be found at our Costa Mesa Store. 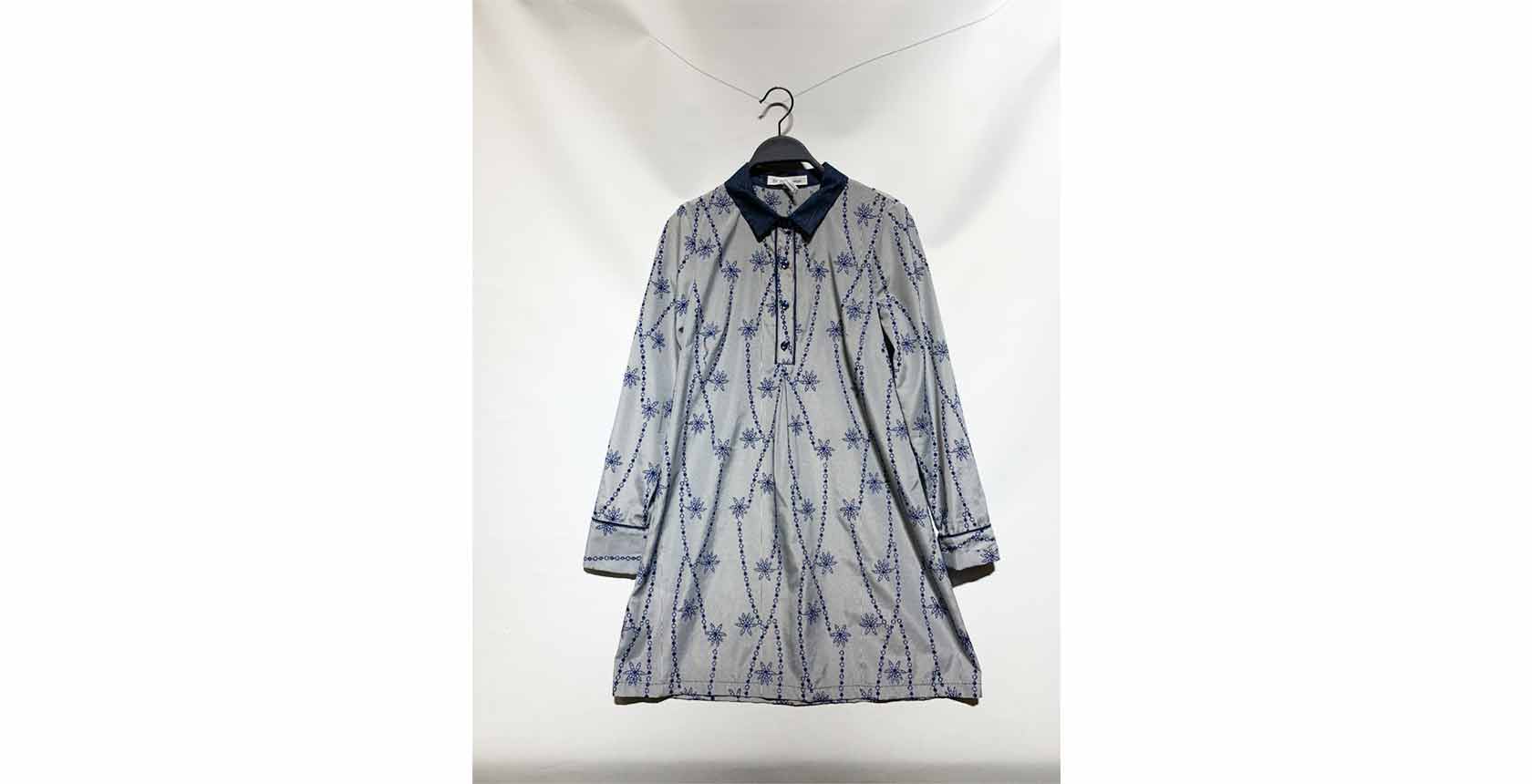 One of the most notable aspects of Summers wardrobe choice was the striking amount of blue dresses. In fact, the only dress color featured on her character was blue. Additionally, most of these dresses did include ruffles, collars, and buttons, however, not all. So it only seemed fitting to include a dress with all the aforementioned included. While this dress may seem homely and simple it has a subtle flair to it kinda like our lead heroine. BCBG is known for their modern but modest styles and this dress is no different. This is definitely a piece I could see Summer wearing in 2009 or 2020 it is timeless and looks like the perfect Sunday brunch dress. 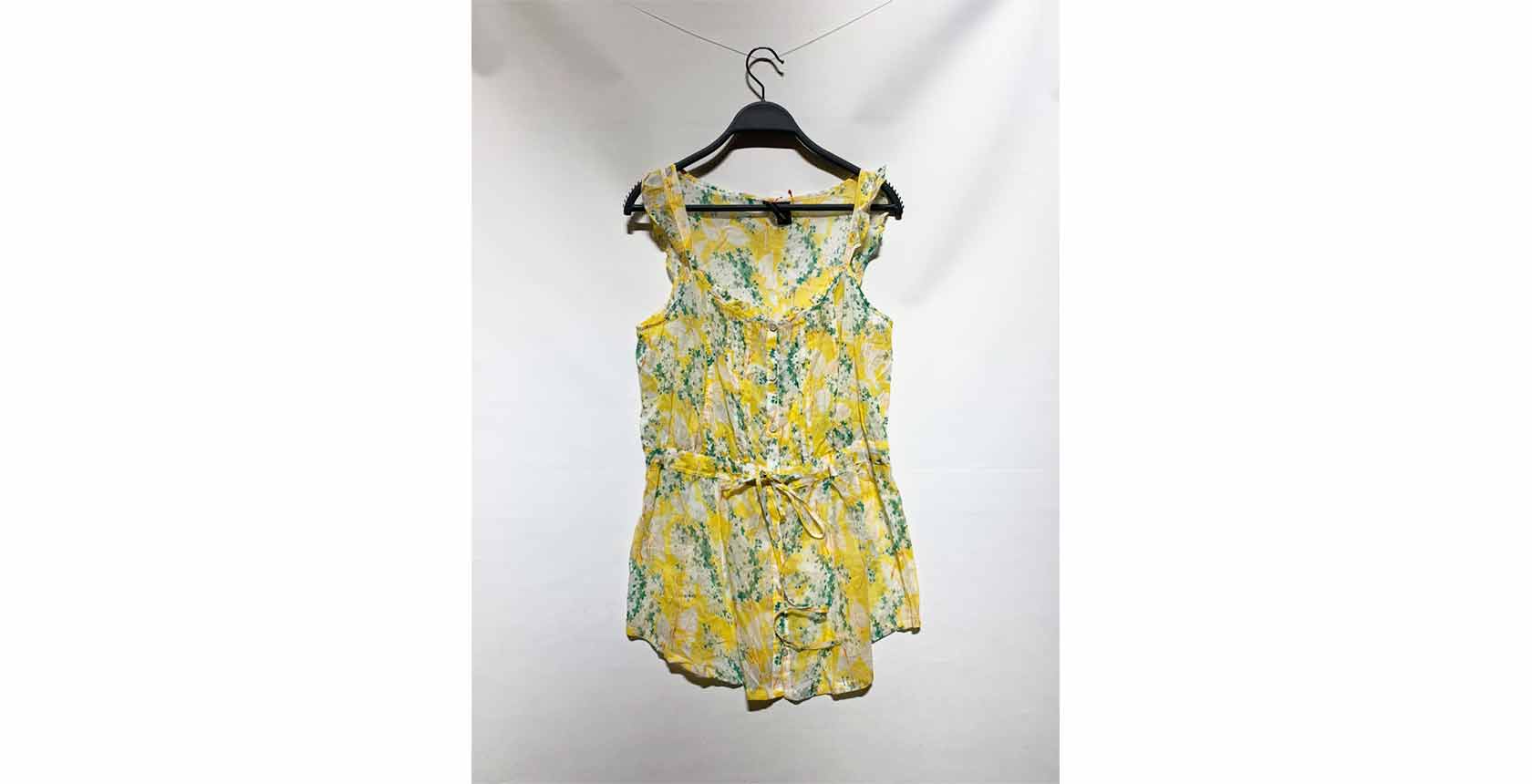 In most of the business casual scenes, Summer was wearing sleeveless ruffled button downs. Similar to the dresses Summer wore she choose a classic style with a hint of modesty. However, she always opted for bare arms as another repeated trope for Summers wardrobe choices were tank top/ single strap styled such as the above. Most of the shirts she wore were on the neutral color palette, and while this one does stray a little from the original tone it does have a summer-like quality to it because of the yellow. 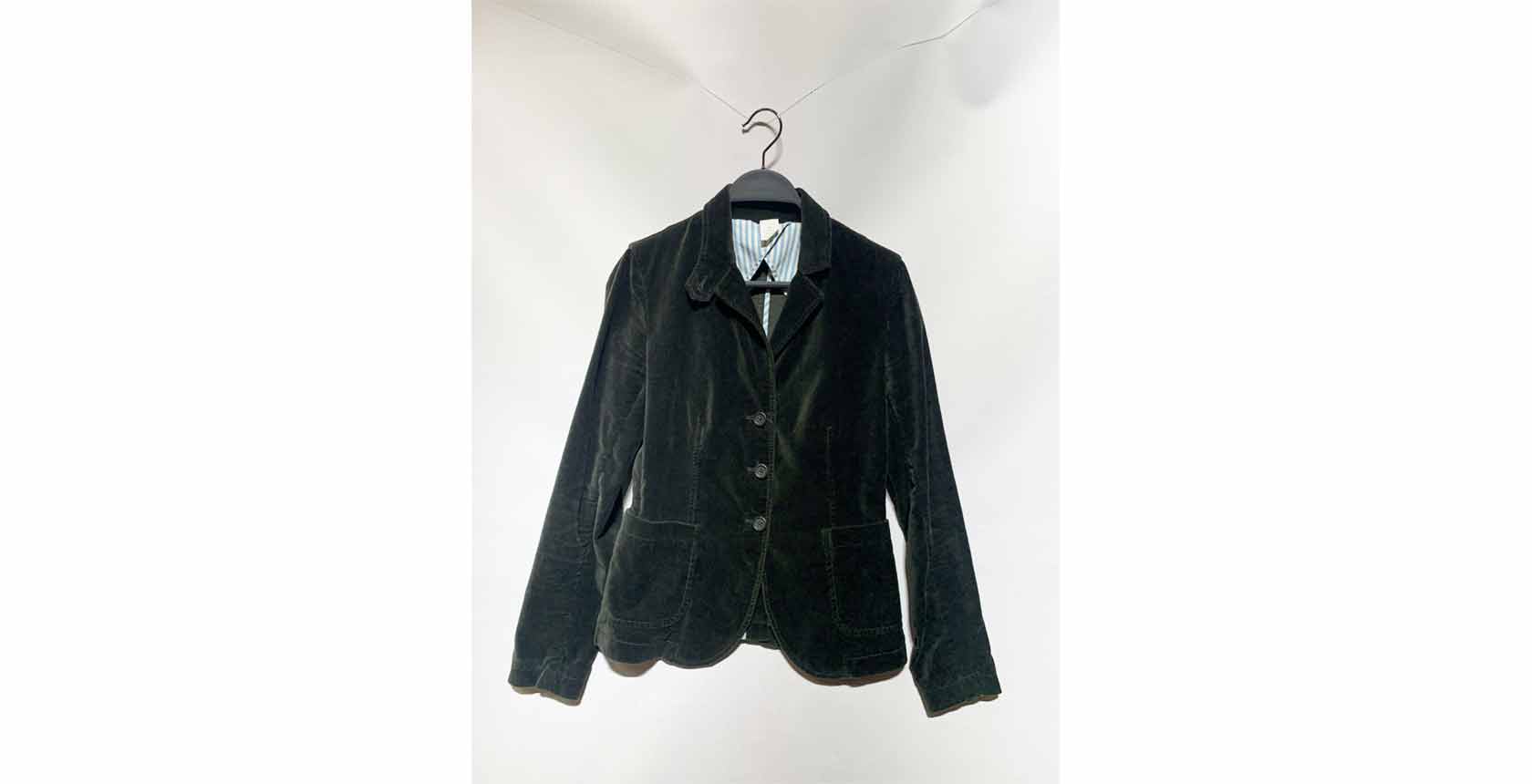 While you may not be able to tell from this photo this suede blazer is a velvety green. Scary identical to the one Summer wears in the scene where she breaks up with Tom. In fact, this J Crew blazer could be the exact one they used in the movie, too bad there’s no way to know for sure. If you're feeling lucky try your chance for this blazer. It’s the perfect jacket to see the Graduate in, and after maybe go for pancakes with a side of break up with your boyfriend to complete the look. 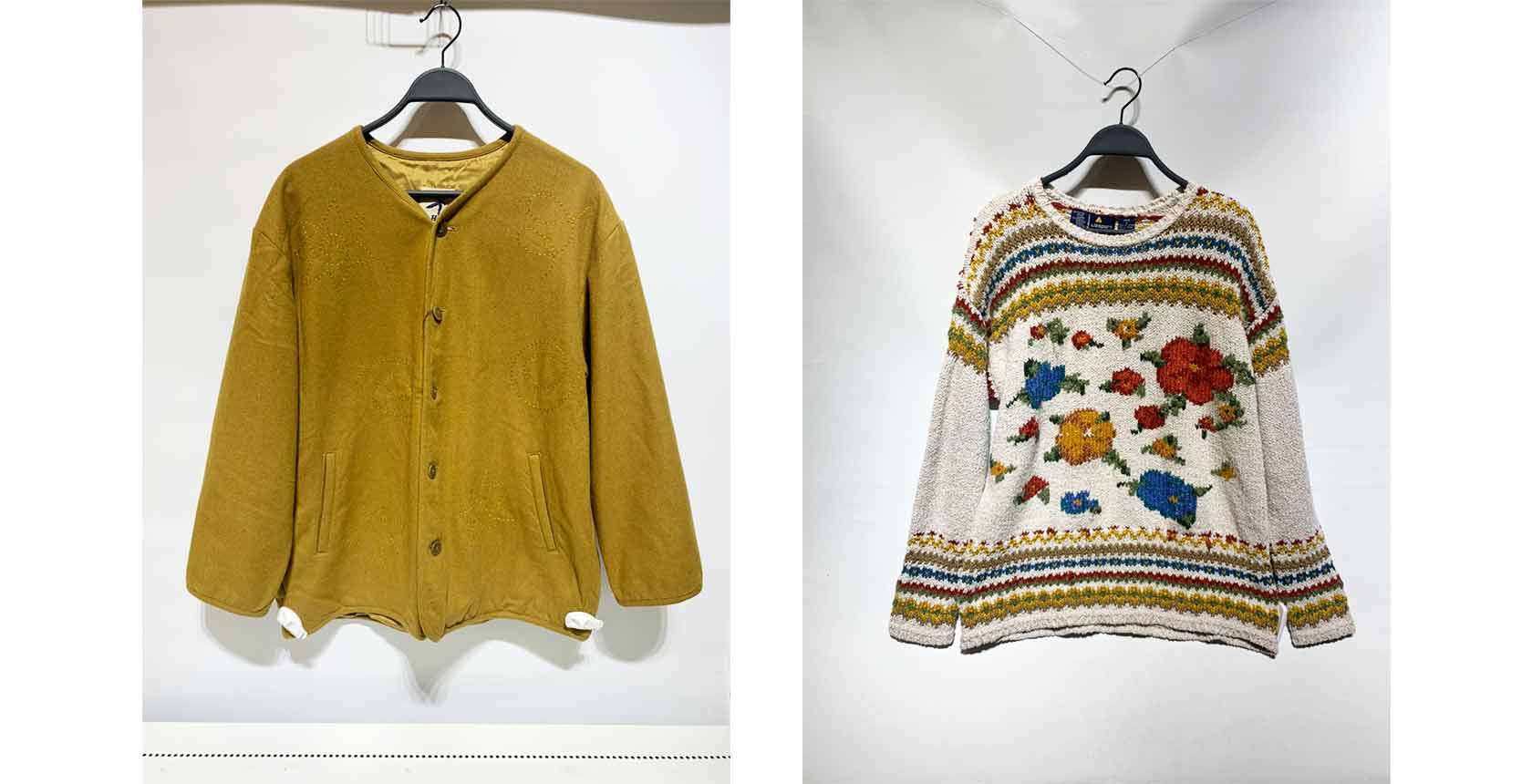 As mentioned earlier this movie was a major style foundation in the early 2000s, and we would be resisted if we did not mention the grandma knitted sweater. This sale found a home on most men and women of the era, and Summer was no different. She rocks many knitted and embowered baggy jackets. This mustard button down by Hai Sporting is the perfect modern grandma sweater and translates the look into the 2020’s. The same goes for this vintage knitted flower sweater. Both grandma sweaters have small little touches that make them moth ball chic. 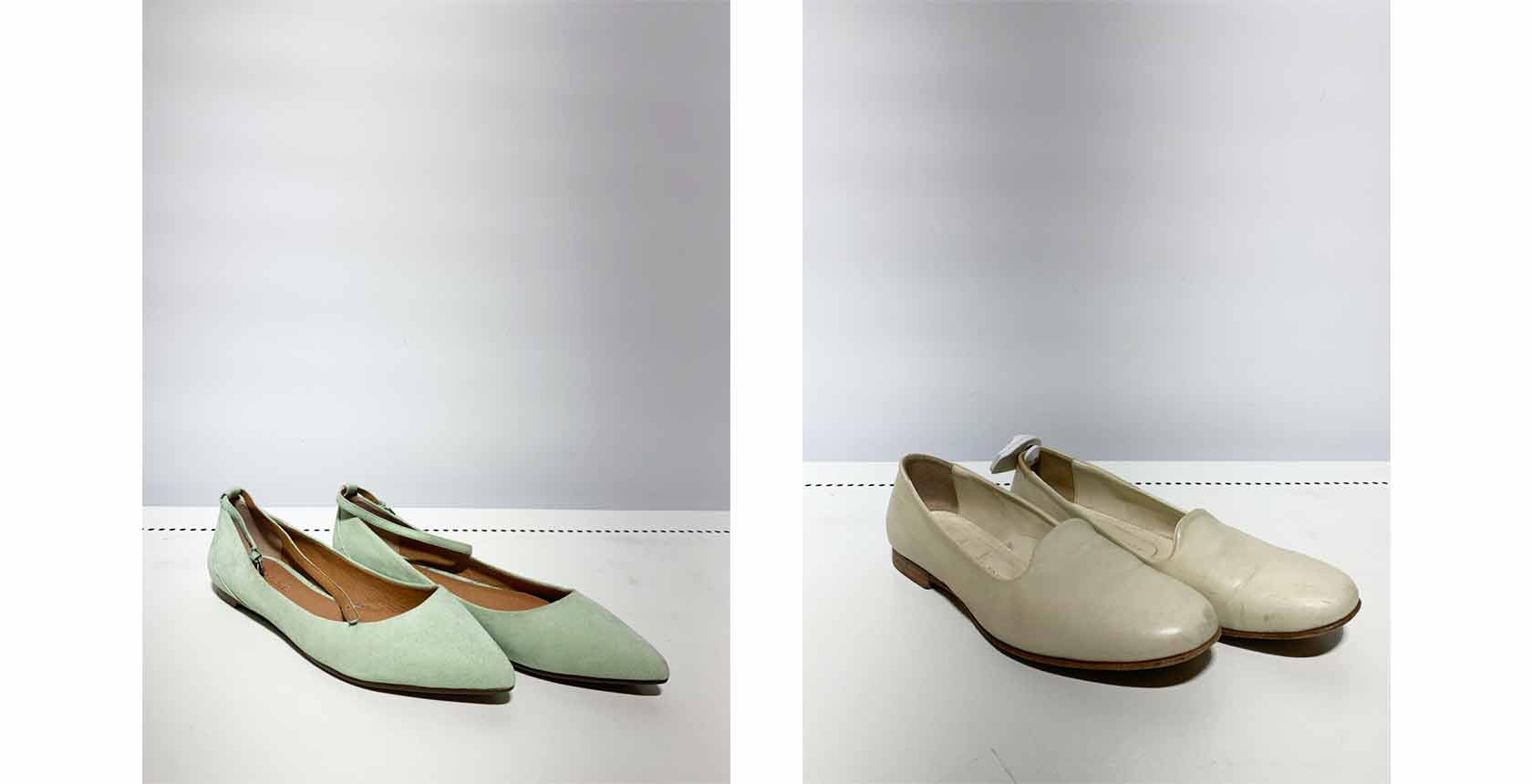 Whether it was due to keeping with Summer’s traditional and modern style or whether it was due to Joseph Gordon Levitt being 5’9’’ Summer sure did have some amazing flats. She may not have been able to wear flashy heels but she definitely kept us on our toes with her amazing footwear. She had a variety of flats from the pointed toe, to round, to slightly raised, so we thought we would provide some options as well. The mint pointed pair are in great condition and originally from Madewell. The beige rounded pair are an unnamed vintage find just as Summer would have preferred.

Thank you for stopping by for a run through of our 500 Days of Summer Style breakdown. Next time we will be going through some style choices for Tom.