Last article we took a look at the style choices of one of the most iconic characters in cinema history Summer from 500 Days of Summer. This time we will be taking a look at her counterpart Tom. A misunderstood man who loves melancholy music such as the Smiths and the Pixies, but still believes in finding his soul mate. Again, his style can be defined as the early 2000s folk movement/ neutral Los Angeles underground fashion.

Let's begin with some of his signature pieces all of which can be found at the 2nd Street in Costa Mesa. 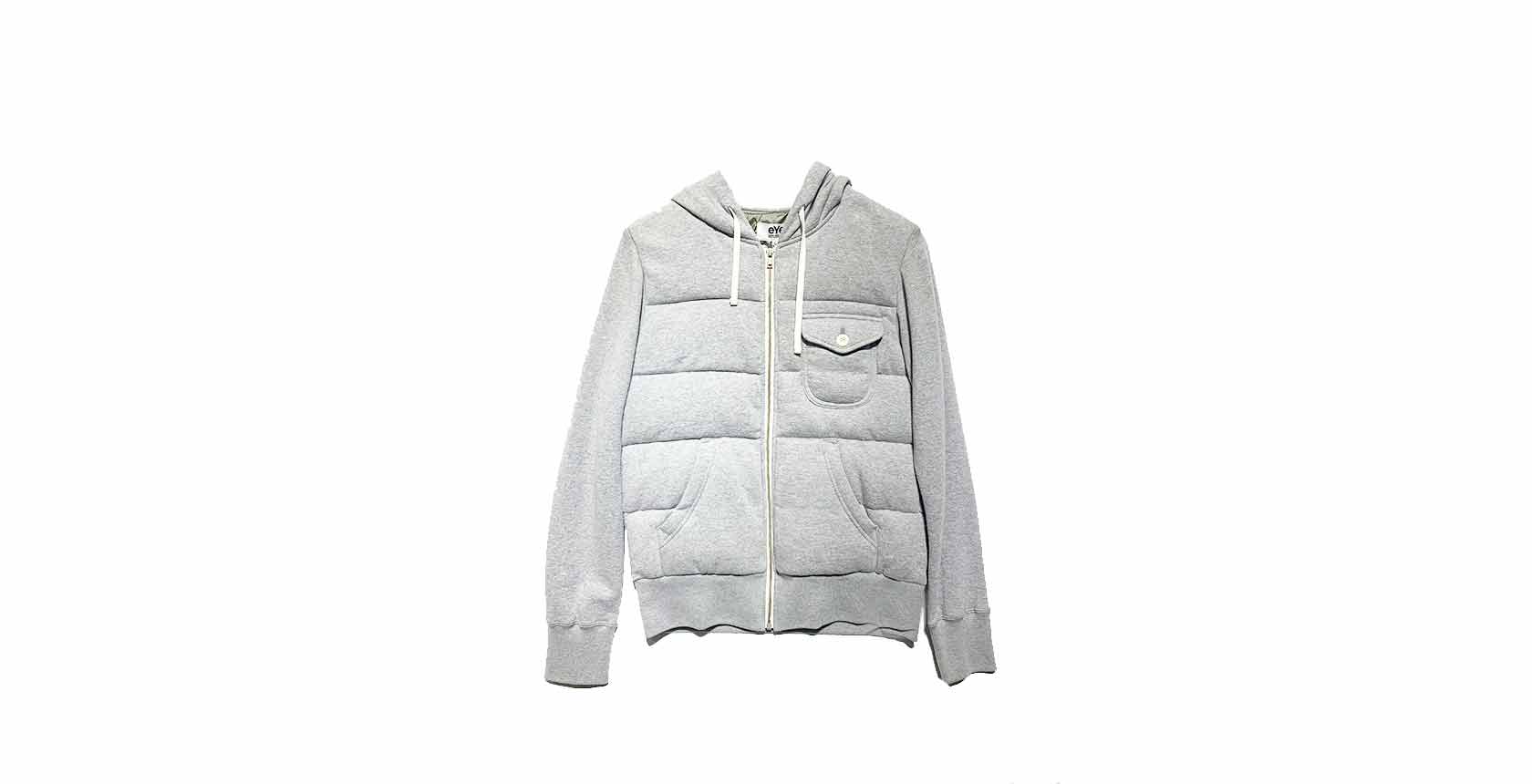 A super common style trend that took off and ended in 2000s was a hoodie over a button down and tie. This metropolitan look was very common in cities such as Los Angeles, New York, and London for a brief amount of time, and since Tom was a working professional in the film he adopted the look no questions asked. This hoodie, however, would be a step up from the typical H&M hoodie so many men opted for. This hoodie by Eye Junya Watanabe Man would automatically step this look up by adding some flair and quality to the already simple look. 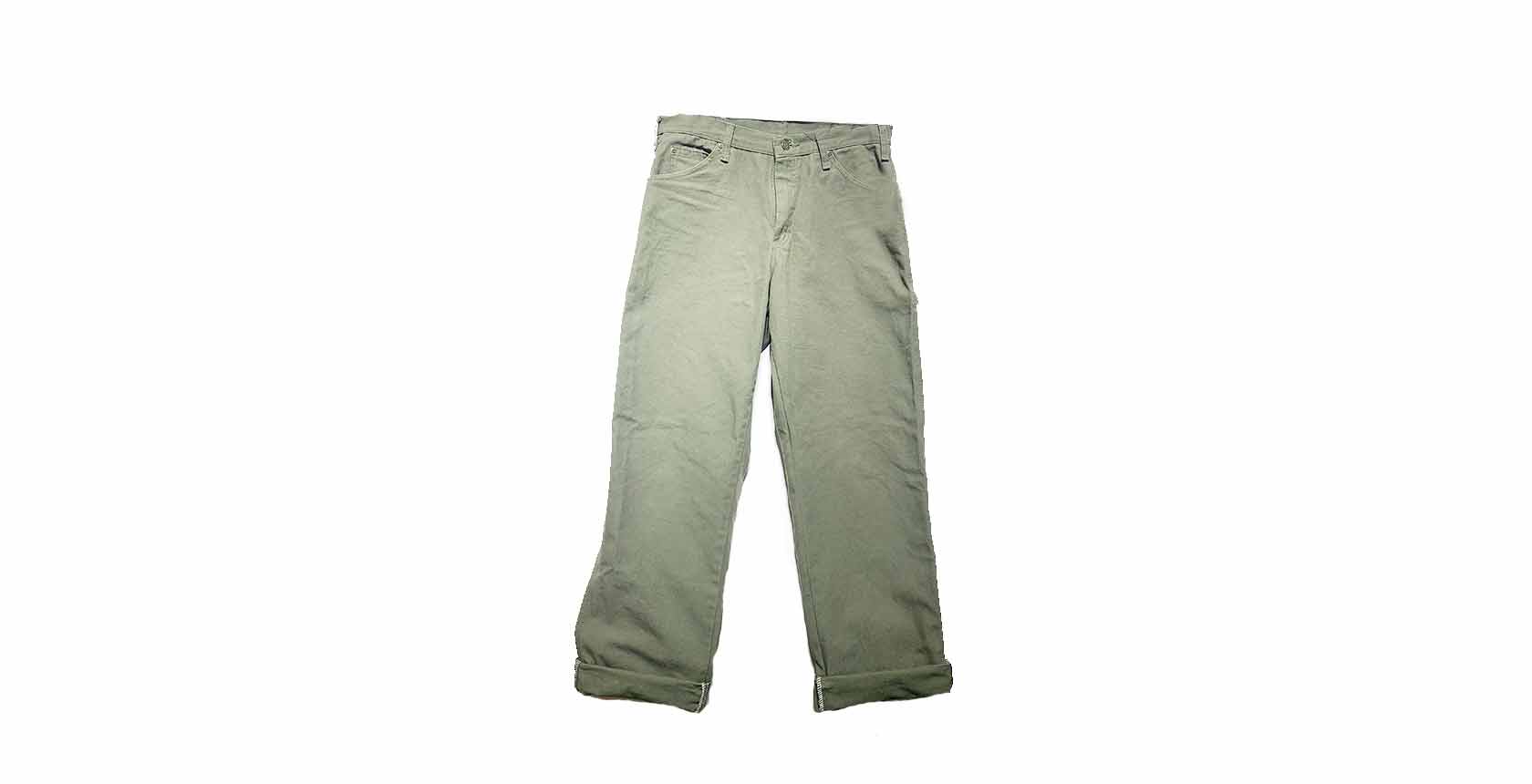 Next up we have a pair of sage green straight leg work pants by Dickies. Now, these pants have come back into style with a vengeance over the past few years, and initially, people were only interested in black or navy. However, recently the neutral colors such as brown and green have been sparking more interest. Tom can be seen wearing his green pants in a business causal situation while working at the Greeting Card company, dressing the pants up with the previously mentioned button-down and hoodie style. He is also seen wearing his staple green work pants while going on casual dates with summer around the city pairing them down with the next item. 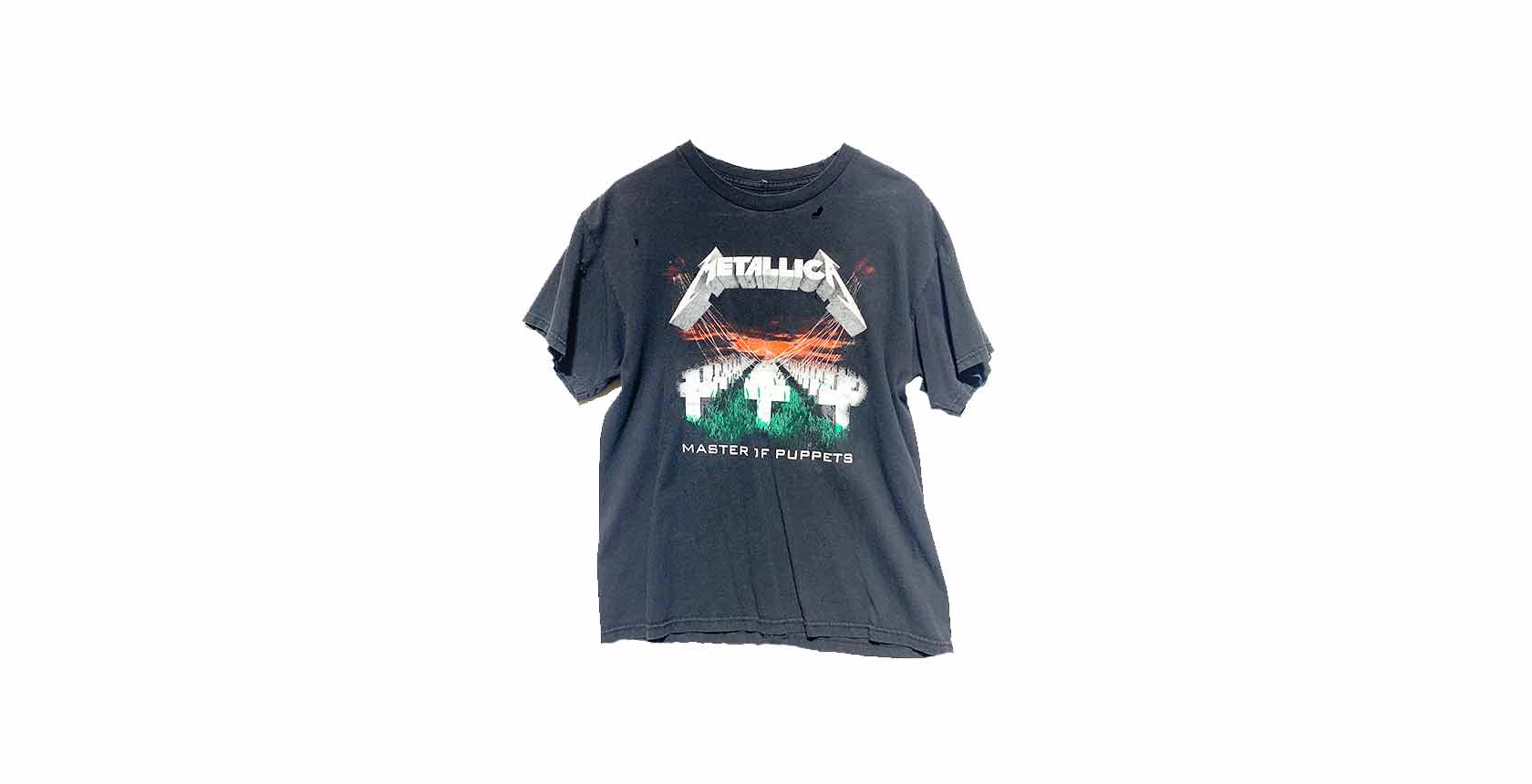 As mentioned above Tom enjoys sad and melancholy music, and he’s a man who likes to show off his interests. While he may not show love for this particular band you can bet he would love the idea of the shirt. Tom is all about expressing individuality and letting the world know what he’s about and let us not forget he loves a black tee-shirt. And let's be honest if your not into Metallica, we here at 2nd Street have a ton of other black band t-shirts to choose from. So come on out and find the piece that has one of your favorite music artists. 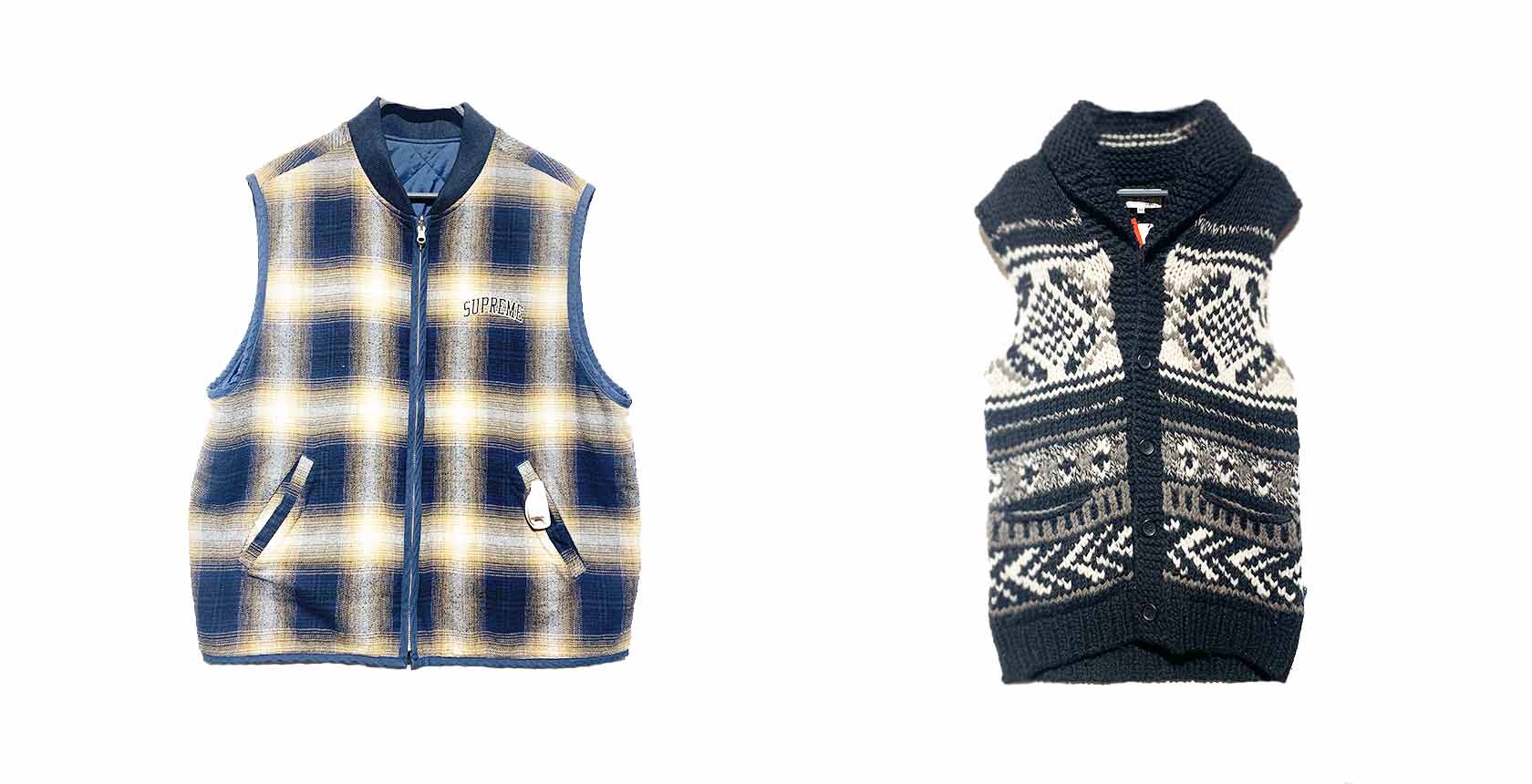 There were so many vests featured in this film it only seemed right to feature two options here. While Tom’s vests were a little bit more dressed up and business casual, I’ve selected two slightly more casual options. First, we have a preppy plaid vest by Supreme. It has a quilted interior so you are sure to stay warm on those late night karaoke visits and who knows maybe you’ll pay tribute to Tom while wearing it and sing Here Comes Your Man by the Pixies. Vest option number two is another piece by Eye Junya Watanabe Man. This vest has a wintery vibe to it, so maybe not best for summer but maybe you like to plan ahead. Both vests are great and can be worn with a nice crisp white tee underneath or a fresh button down which leads me to our next pieces. 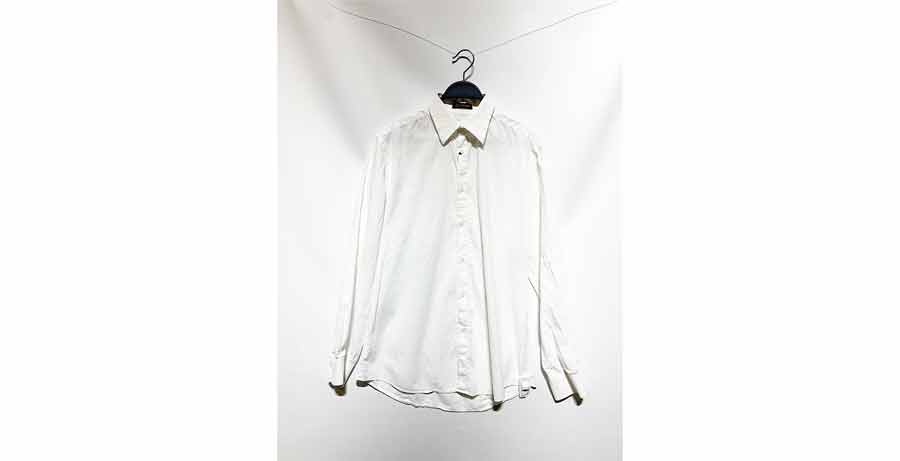 A Versace Plain White Button Down

A plain white button down may appear like an ordinary piece not worth mentioning, but this one is a designer take on a classic men's basic. This Versace button down is in perfect condition can be worn with basically anything. It’s an essential for any man or woman’s closet. To wear it like Tom pair it with a skinny black tie the aforementioned green pants and Eye Junya Watanabe Man hoodie to complete the look. Bringing back the perfect balance of business and casual. And who knows maybe we’ll be seeing this trend resurge in the near future. 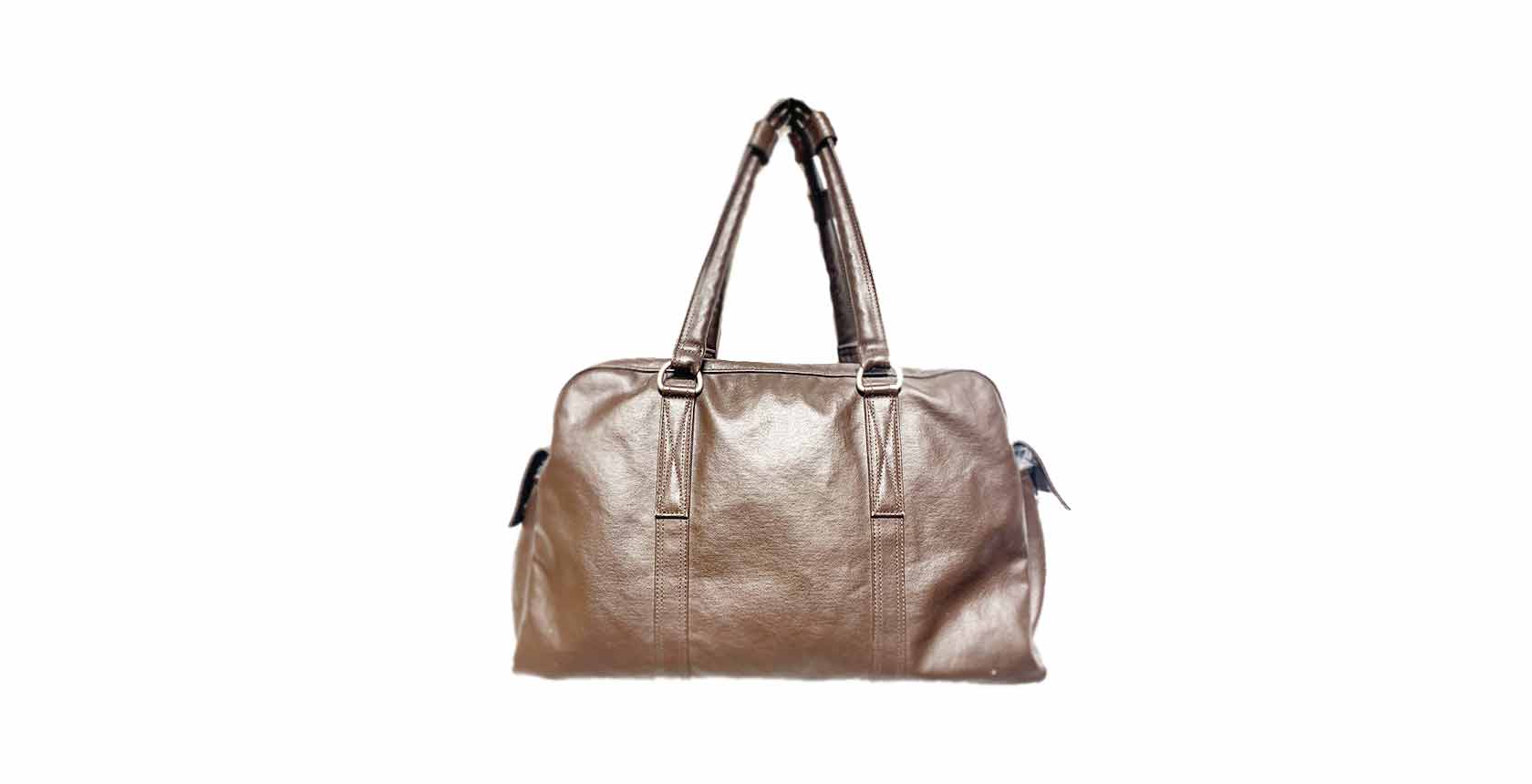 A PORTER Over the Shoulder Commuter Bag

Accompanying Tom during his morning commute is a small over the shoulder commuter bag. He’s seen carrying it in many scenes as he traverses the Los Angeles downtown area. Here we have a modern version of the commuter bag. This leather Porter bag is very versatile, use it as your work bag to carry all your business supplies, or use it as a small overnight bag as it has plenty of space to hold all your essentials. Either way, we’re sure it will help pull your look together because this bag has got style.

Well, this is the end of our style analysis and replication of the two main characters in 500 Days of Summer. We hope you’ve enjoyed it and will watch the movie and feel inspired to go out and find pieces that these characters would wear and enjoy.
26. 05. 2021